The Singapore Motorsports Association (SMSA) held round 1 of the Singapore Touring Car Challenge at the Johor Circut on the 10th of July. This round saw many new and familiar participants alike. 9tro magazine was at the scene covering the event. For full event details check out their August issue. The format of the race was straight forward, 2 session of free practice each lasting 10 minutes and a qualifying race to determine the grid position for the final 10 lap race.

Conditions were perfect with the sun in our faces accompanied by a cool breeze. Free practice went along fine without any incidents allowing the drivers to test their cars and make the appropriate setup. Drivers had to draw lots to determine their starting postition for the qualifying race, I drew 8th and it was a standing start for a 3 lap qualifying race around the Pasir Gudang Circuit. The race started and my clutch was slipping after the launch, losing precious seconds, my competiors quickly surged ahead. It took me 2 laps to overtake the rest and eventually winning the qualifying race and qualifying 1st for the race proper.

Fresh tires check, alignment check, tire pressure check, we were good to go for the race. Out on the formation lap, disaster struck right at the point where I was rolling to the pole position, BOTH my front tires punctured! Lim Tan Performance (LTM) mechanics rushed to the scene with the hope of changing tires on the grid without losing my pole position. But alas! The stewards told me to pull into the pits to have my tires changed. This meant that I had been dropped from starting first to dead last. I thought these things only happened on television! Well tough luck, I calmed myself and told myself to focus on catching up as much as possible. I had a huge task ahead of me…

The race started with me in the pits, I had to wait for all the cars to clear before I was let out. By the time I entered the race track, the first position car was already past turn 4! Lap after lap, I drove to my plan, clean and fast while trying to conserve my tires (tough thing to do when you are attacking at a track like PG). I managed to claw my way back to 3rd place passing all the cars in the lower classes while eventually overtaking the Civic FD2R for 2nd place. Jonathan Xie who was piloting another FD2R was still miles ahead, however, I was catching him lap after lap, but as I ran out of laps and tires, I had to settle for 2nd place. Not bad considering I had a huge deficit to make up. It was my first time playing catch up like that, to be honest, I thought it made the racing more exciting but I would have much rather finished on the top step of the podium =) Till next round!

Some Pictures from the Event: 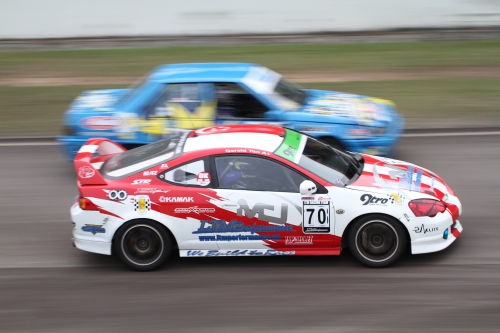 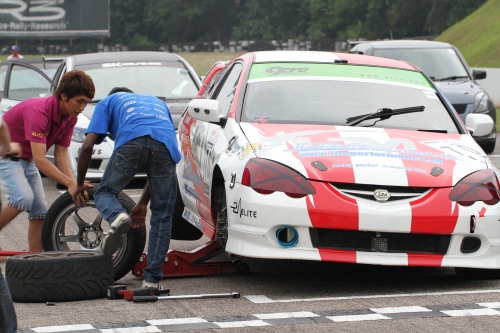