The weather was perfect in Barcelona, forecast of a high of 28 degree Celsius and a low of 20 degree Celsius with plenty of sunshine and low humidity. The scene was set for a beautiful 24 hour race of Barcelona on a mid-September weekend with more than 50 international race teams gathered for a 24H manic blast around the famous Circuit de Catalunya.

I arrived at Barcelona on a Thursday, the day of registration and scrutineering, arriving at the circuit jetlagged, I felt a rush of energy as I walked through the hordes of race trucks with their racing livery proudly on display. I thought to myself, ‘this is European racing and I love it, to be able to walk around with WTCC teams and proper world renowned GT teams is always an honour.’ 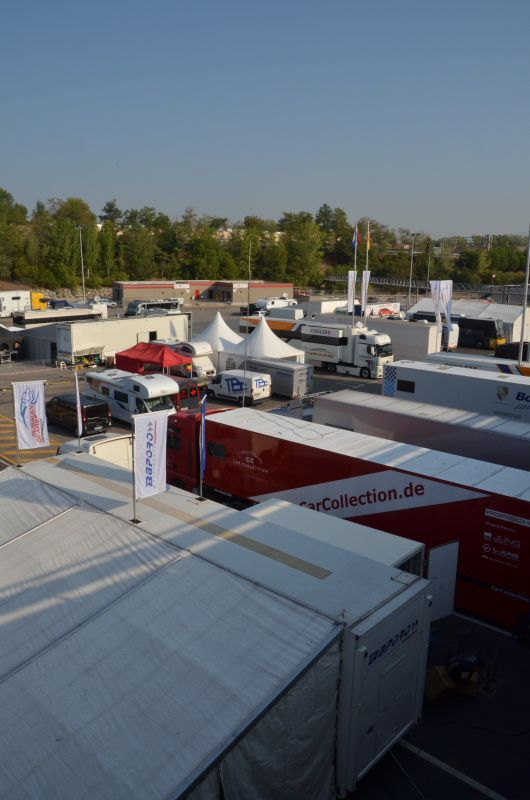 It will be my first time racing at the circuit and I will be driving Team Sorg Rennsport’s BMW 130i Endurance Spec. I have previous experience in this car in the 2011 Dubai 24 Hours where I drove the last stint and finished on the podium so this car has special memories for me. I headed to the team and met with the team principals, the Sorg brothers, Daniel and Benjamin. After a quick introduction with the team mechanics, I was shown the car and we got on with the paper work of registration and signing on. Attended the compulsory drivers meeting which is always interesting as I get the chance to see who I will be racing against!

The team’s strategy was to preserve the car as always, the philosophy of all endurance races is ‘to finish first, first you have to finish’. Therefore, it was decided that the drivers will take it easy during practice and qualifying just to ensure the car’s life is preserved for as long as possible.

We qualified 3rd in class and that was decent enough for us. The race strategy was simple, stay out of trouble for the first 12 hours while keeping a steady pace. If we are in contention after 12 hours, we can begin to pile on the pace and we will monitor from there.

Benjamin Sorg was selected to start the race as he was the most experienced in the BMW130i (he is the owner of the car). The race got off to a flying start right on time with the Maclaren and Ferrari GT3 fighting it hard at the front as if it were a 12 lap race! The race at the front was intense for many laps and that kept the scores of spectators on their feet cheering for them. 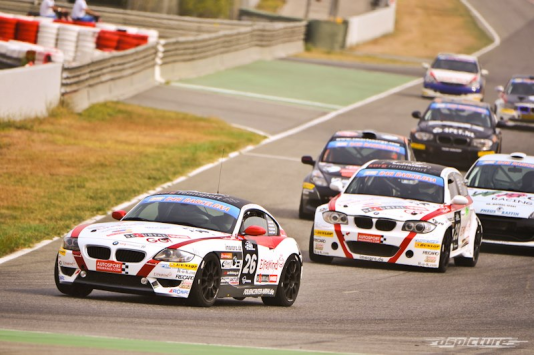 Meanwhile further down the pack and in our classes, the BMW130i was making steady progress and circling the track at our target pace. After the start, I was scheduled to jump into the car only 4 hours later. Time to take a break even when the adrenalin is pumping, one has to force yourself to rest as you just cannot 24 hours non-stop on adrenalin.

Benjamin came in earlier than expected after only 50 minutes, a quick driver change, refuel and we are off again. Next up was Uwe Legermann at the wheel, he races this car at the Nurburgring Nordschleife Endurance VLN races so we can expect quick and consistent lap times. But disaster struck just 20 minutes into his stint! He reported over the radio that the car was mis-firing! He was ordered to limp the car back to the pits which he did.

A race mechanic’s worst nightmare! A car coming into the pit garage during a race situation. A flurry of activity was going on around the car, as a driver I could not help and decided to get out of the way. The tuner got out his lap top to check on the engine mapping and did a quick reboot of the system hoping that it was a software glitch while the other mechanics did their usual checks. A speedy check showed no obvious signs of trouble and Uwe was sent out again. The car was flying again but only for 7 laps before the same problem happened again.

This in and out of pit action carried on for a few times till the decision was made to change the engine. I knew at that moment that the race was over for our team and all we can aim for is a finish for the 24H of Barcelona. The team said that the engine swap will take 4 hours, but it took 6 hours, with a quarter of the race spent on the engine change, the race was well and truly over. However, the team mechanics displayed the never say die attitude required of race mechanics and worked tirelessly to complete the engine change.

After the new engine was installed, the car was back alive again! The whole pit cheered and the drivers were elated to be driving again. However, we did not get many laps before the SAME misfiring and loss of power was reported. Again, we drove into the pits to diagnose the problem. The team and drivers pushed on trying each time, going out to do 5 to 6 laps and each time encountering a problem. We persevered till 3am in the morning before finally calling it a day. The team tried their best but there was nothing much they could do. Alas! The race was over before it even got started for our car, the perils of endurance racing.

On the bright side, our sister car, a BMW Z4M was doing well and was fighting for a podium position. Their car had a relatively trouble free race and managed to finish the race in 2nd position. The team went through a nightmare with one car0 and a fairy tale with another. Well, this is endurance racing, we just have to try our hardest and hope for the best! Congratulations to Team Sorg Rennsport for their 2nd position in class and thanks for their hospitality even though the race was a disaster for my car, I had a good experience with them!